He was born on election day in 1879, in a small town called Oologah in Indian Territory. He was one of eight children, and he spent his youth riding horses and watching the sunset on golden wheat fields.

He was born restless. In 1898 he left school to work as a cowboy in Texas. Before he was 20, he'd traveled around the globe. In 1902 he landed in South Africa. Later, he joined the circus, visiting Australia and New Zealand. He earned his way performing rope tricks. Once in a while, he threw in a homespun line. His act quickly became a hit, and it didn't take long before he found himself back in Chicago, appearing on the vaudeville stage.

In 1908 he married the love of his life, Betty Blake. By 1916 he was appearing nightly with the Ziegfeld Follies. By 1918 he'd starred in the first of seventy movies. And by 1919 he'd published two books.

He was our court jester. He made us laugh at ourselves. He entertained royalty and ruffians alike. He joked about the politicians and patriarchs of his day. He was good natured, gentle and wise beyond his years. He was an honored guest - on both sides of the aisle - in Washington, DC. 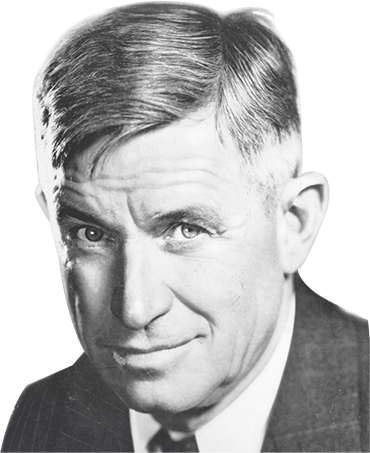 In 1922 he began a syndicated newspaper column—a column which continued the rest of his life. He was one of our first radio commentators. He was a born entertainer who laughed along with us. He once said, I've joked about every prominent man in any time, but I've never met a man I didn't like.

He was fascinated by air travel. He was the world's first Frequent Flyer, zooming from coast to coast on whatever plane he could find, often riding with the mail pilots.

By 1930 he was world renowned. He'd been the featured speaker at both the Democratic and Republican National Conventions. He was quoted as often as the president. He raised thousands of dollars for charities like the Red Cross and Salvation Army.

He served as mayor of Beverly Hills and as America's ‘unofficial president.’ And, when the need arose, he sided with the poor, the destitute and the underprivileged. At the height of the Great Depression, he inspired us, reminding America he was on our side. In 1935 he flew to Alaska with friend and famed aviator, Wiley Post—it would be their last flight.

His death was mourned by the entire world. He was a cultural and political icon. He was Oklahoma's native son. A down-to-earth, gum-chewin’ philosopher who was loved and respected by almost everyone. He was Will Rogers.